The functional hemodynamics group examines the role of the microcirculation in health and disease.

In this project, we used biophysical modeling to examine whether the capillary distribution of blood affects the brain’s oxygen and glucose uptake.

We first developed a model comprising of three compartments (hemoglobin, plasma, tissue) to describe the extraction of oxygen. We aimed to extend the original model by Jespersen and Østergaard (2012) to take the effects of tissue oxygen metabolism into account, as this affects tissue oxygen tension and thus oxygen extraction efficacy (Angleys et al., 2015). The improved model, which relaxes the previous models assumption of a constant extravascular oxygen tension, further supports the importance of capillary flow heterogeneity as a co-determinant of cerebral oxygenation and provides more realistic predictions – see Figure 1. Importantly, we found the model predictions to be largely insensitive to the particular choice of transit time distribution.

Next, we developed a model to examine glucose extraction (Angleys et al., 2016). We found that, while cerebral oxygenation is primarily by CTH and only moderately by CBF, cerebral glucose availability is influenced primarily by CBF and moderately by CTH – see Figure 2. Interestingly, our model predicts that functional hyperemia, which accompanies functional activation, favors glucose uptake over oxygen uptake, invariably leading to lactate production although blood supply is high. This prediction may shed light on this puzzling phenomenon, which is widely reported experimentally.

Overall, the findings in these three studies emphasize the importance of capillary flow patterns on oxygen and glucose delivery to cerebral tissues. They also provide a framework to evaluate the role of the microcirculation in health and disease for other tissue types.

Comparison of contour plots of cerebral metabolic rate of oxygen (CMRO2) obtained with the model from (Jespersen and Østergaard, 2012) (A) and our model (B, C). In (A) the predictions are made without explicit oxygen metabolism and with tissue oxygen tension assumed to be fixed at 25 mmHg. While bloods mean transit time (MTT) reflects blood supply, its microscopic distribution is characterized the standard deviation of capillary transit times, denoted capillary transit time heterogeneity (CTH). The yellow line and the dotted gray line in the three different panels separate states where a flow increase given a fixed CTH will lead to an increased (right side of the line) or decreased (left side of the line) oxygen consumption (A and B) and tissue oxygen tension (C), respectively. The roman numeral accompanying each symbol identifies different physiological conditions.
Symbols: x: cortical electrical stimulation; +: functional activation; *: hypotension; ▲: mild hypoxemia; ⧫: severe hypercapnia; ●: Mild hypercapnia; ■: Severe hypoxemia 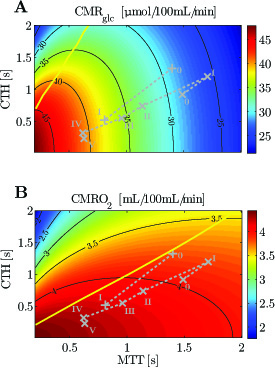 Cerebral metabolic rate of glucose (CMRglc) (A) and CMRO2 (B) contour plots. The numeral ’0’ stands for resting state, whereas roman numerals refer to state of altered basal physiology. Note that the CMRglc and CMRO2 iso-contours do not show the same slope for the experimental data used in this figure, indicating that a change in MTT (resp. CTH) will have a strong (resp. moderate) influence on CMRglc , and inversely for CMRO2 . The yellow line separates states where a blood flow increase (decrease in MTT) given a fixed CTH will lead to an increased (right side of the line) or decreased (left side of the line) glucose (A) or oxygen (B) consumption, respectively.
Symbols: +, functional activation; ×, cortical electrical stimulation. 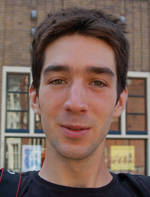 During his master, he worked at Neurospin (south of Paris), on the evaluation of cortical folding during brain development, by applying a spectral analysis to anatomical MRI images acquired in preterm and term newborns. At ICM (Institut du Cerveau et de la Moelle Épinière, Paris), he focused on the analysis of cerebral functional coupling between two subjects, using and improving causality analyses such as Granger causality.

At CFIN, Hugo has worked with Sune Nørhøj Jespersen and Leif Østergaard on his PhD project with the aim of extending the biophysical model developed by Jespersen and Østergaard, in which they focus on cerebral blood flow, and in particular on the relation between capillary transit time heterogeneity (CTH) and the tissue oxygen extraction fraction.

Hugo’s PhD project was funded by The VELUX Foundation.

In our first study, we investigated capillary flow pattern alterations in mice, four days following experimental SAH and sham-operation, respectively. We employed two-photon microscopy (TPM) to characterize hemodynamics characteristics after SAH induction. Our results showed elevated blood mean transit time (MTT) and capillary transit time heterogeneity (CTH) in the SAH group compared to sham animals. Given such hemodynamic disturbances, Figure 1 shows the extent to which cerebral metabolic rate of oxygen (CMRO2) and tissue oxygen concentration (PtO2) are expected to drop in the SAH group compared to the sham animals. When observing individual capillaries, we found some to be either void of red blood cell (RBCs) or revealed stagnant RBCs, and while TPM showed no statistically significant difference in arteriolar diameter between groups, histological examination revealed reduced capillary diameter in the SAH group. Taken together, this study suggests that capillary flow disturbances play an important role in the subacute hypoperfusion after SAH. 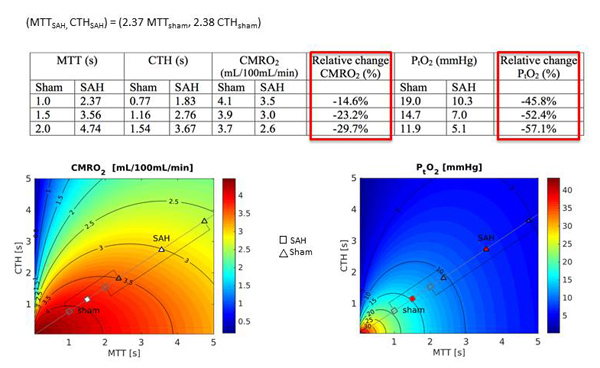 The extent to which cerebral metabolic rate of oxygen (CMRO2) and tissue oxygen concentration (PtO2) are expected to drop in the SAH animal group compared to the sham animals based on increased values of capillary transit time heterogeneity (CTH) and mean transit time (MTT) in SAH animals.

Astrocytes are key to several aspects of brain function, including neurovascular coupling mechanisms and functions of the capillary bed, which they ensheath with their endfeet. In particular, Aquaporin-4 (AQP4) water channels on astrocyte endfeet are thought to be key regulators of extracellular space (ECS) volume. Therefore, changes in astrocyte function and AQP4 distribution would be expected to affect neurovascular coupling, capillary function, and tissue volume regulation after SAH. 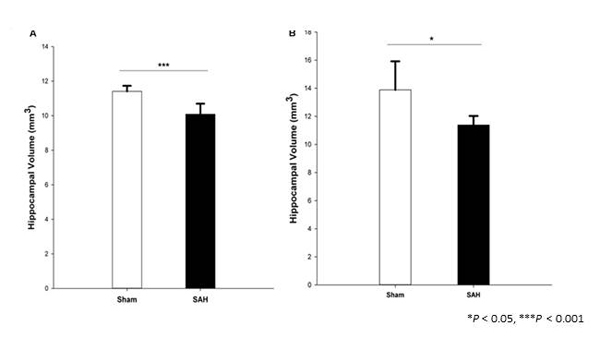 SAH seemingly caused retraction of astrocytes processes (Figure. 3A), accompanied by a significant reduction in the length density of AQP4 positive capillaries (Figure. 3B) and narrowing of hippocampal capillaries. In this animal model of SAH, hippocampal atrophy thus exists already at the time of DCI onset in humans. Meanwhile, changes in astrocyte morphology seemingly disrupt glia-vascular interactions early after SAH and may thereby microvascular flow control. 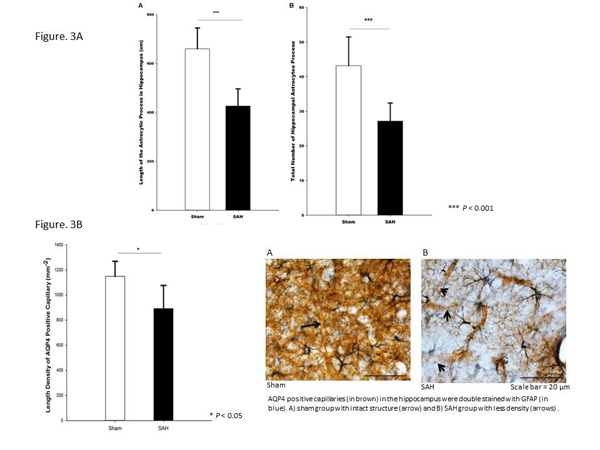 AQP4 positive capillaries (in brown) in the hippocampus were double stained with GFAP (in blue).
A) sham group with intact structure (arrow) and B) SAH group with less density (arrows) .

While changes in capillary diameter and hemodynamics may represent primary phenomena in the pathophysiology of SAH, microvascular changes and tissue hypoxia may also render brain tissue vulnerable to some of the injuries that are known to occur in the aftermath of SAH. One such injury mechanism, cortical spreading depolarizations (CSDs), imposes extreme metabolic demands on brain tissue and is known to be particularly prevalent in hypoxic brain tissue. CSD is a selfpropagating wave of cerebral depolarization that results in temporary suspension of synaptic activity (spreading depression). In our third study, we used high-resolution optical coherence tomography (OCT) to determine the temporal dynamics of arteriolar diameter and capillary blood filling in relation to the arrival of the CSD waves. By observing the relative timing of changes in arteriolar diameter and capillary patency to RBCs, we tried to address whether capillaries or arterioles are first affected by CSD-related hemodynamic changes. Following CSD onset, we observed severe and long-term capillary flow disturbances. In parallel, superficial arterioles constricted abruptly. Interestingly, the initial drop in erythrocyte-filled capillaries, as well as the subsequent recovery of capillary filling, started prior to parallel changes in upstream vessel diameter (Figure. 4). These findings are consistent with the prediction that during and after CSD, CBF is adjusted according to the oxygen extraction capacity provided by capillary flow patterns downstream. 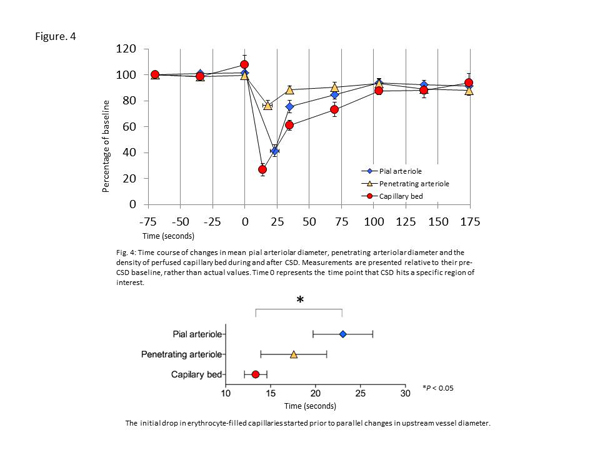 Time course of changes in mean pial arteriolar diameter, penetrating arteriolar diameter and the density of perfused capillary bed during and after CSD. Measurements are presented relative to their pre-CSD baseline, rather than actual values. Time 0 represents the time point that CSD hits a specific region of interest.

Overall, the findings of our three studies support the notion that capillary flow pattern could play a crucial role in the tissue injury after SAH. 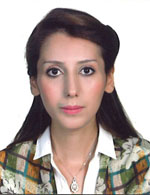 Maryam Anzabi, earned her MD in Iran and started her PhD studies in January 2014, working on the project The Influence of pericapillary nitric oxide levels and edema on capillary blood flow patterns in mice models of subarachnoid hemorrhage, under the supervision of Professor Leif Østergaard, Nina Kerting Iversen, and Jens Christian Hedemann Sørensen. Her studies included research stays at Professor Nikolaus Plesnilas research lab at the Institute for stroke and dementia research in Munich and at Professor Cenk Ayata’s Neurovascular Research Lab at Massachusetts General Hospital in collaboration with the Optical Division at the Martinos Center.

The project is funded by a stipend from Aarhus University.