The neurophysics group uses biophysical modelling and magnetic resonance imaging to develop techniques to study the structure of the brain on a micrometer scale, i.e. its microstructure. Our work enables subtle changes in microstructure of the living brain to be visualized noninvasively, with applications both in health and disease.

Magnetic resonance imaging (MRI) is a fast, high resolution and very versatile modality to visualize tissue integrity and function, especially well-suited in living tissue due to its noninvasiveness. Various types of MRI have been shown to be quite sensitive changes in tissue structure, but it suffers from a lack of specificity. A central goal of our efforts is to improve the specificity using biophysical modeling. We employ knowledge of e.g. magnetic resonance physics and statistical physics to build biophysical models predicting the MRI signal from various sequences, in particular diffusion weighted MRI. By comparing (e.g. fitting) to high quality MRI data, this approach enables highly specific tissue parameters to be estimated.

Introduction to MR for physicists

Recent work in the Neurophysics group

The National Microstructural Imaging Facility and the British Chapter of the ISMRM welcomed the world's diffusion MR community to Cardiff, Wales, for a "Spin Thro' The History of Restricted Diffusion MR". It was 52 years after Ed Stejskal and John Tanner first published their seminal paper 'Spin Diffusion Measurements: Spin Echoes in the Presence of a Time-Dependent Gradient'. The field has developed at an amazing pace ever since, and over the two days we celebrated that development, bringing together key players in the evolution of the field over the last half of a decade.

Materials from the conference are now available at: http://psych.cf.ac.uk/conference/spinthrodiffusion

This includes the video recordings of the presentations (e.g. by CFIN researcher Sune Nørhøj Jespersen), photos from the event, the conference brochure, and an interview with John Tanner (you can find a transcript of this in the  MRM  Highlights magazine which will be handed out next week at the ISMRM – but the electronic version is here: http://blog.ismrm.org/2017/04/14/john-tanner)

A recent paper on fast diffusion kurtosis imaging by CFIN scientists Brian Hansen, Torben Lund, Ryan Sangill and Sune Jespersen was selected as the Editor’s Pick for the November 2016 issue of the journal Magnetic Resonance Imaging.

The journal is providing free access to the paper, and an interview with Brian Hansen and Sune N. Jespersen is published on MRM Highlights,
http://www.ismrm.org/qa-with-brian-hansen-sune-jespersen/.

An audioslide prepared by Brian Hansen to explain the paper accompanies the MRM Editor's pick on the associated Highlights youtube channel,
https://www.youtube.com/watch?v=j-ahcsxihYU&feature=youtu.be.

Cover of NMR in Biomedicine

In a recent publication, we demonstrate that our fast kurtosis technique is able to distinguish healthy and diseased mouse kidneys. Histology identifies fibrosis as the main cause of the difference in kurtosis parameters between the groups. We also propose an optimized protocol for fast kurtosis of human kidneys for clinical use. The paper is due to appear in NMR in Biomedicine and has been selected for the cover of its issue (December 2016). 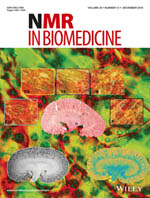 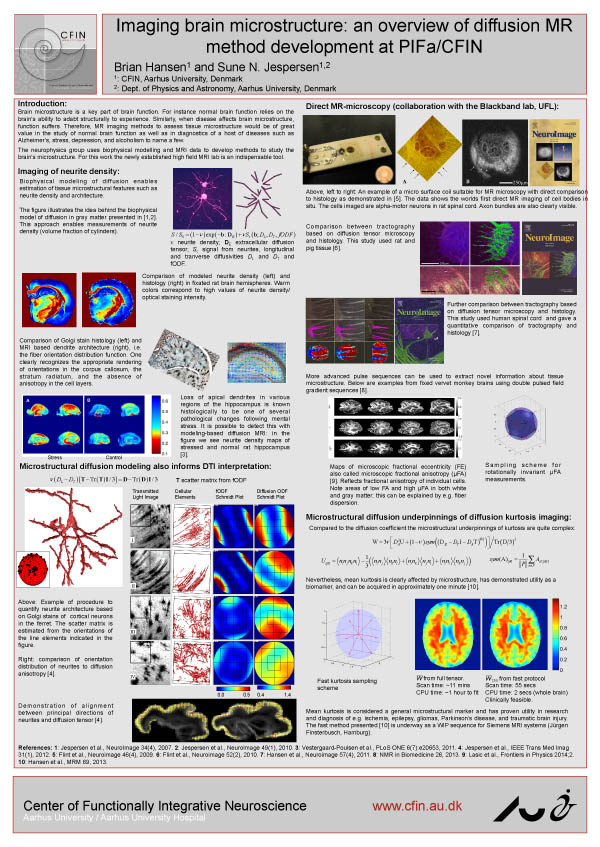